Why Measuring Big Waves Will Always Lead to Controversy 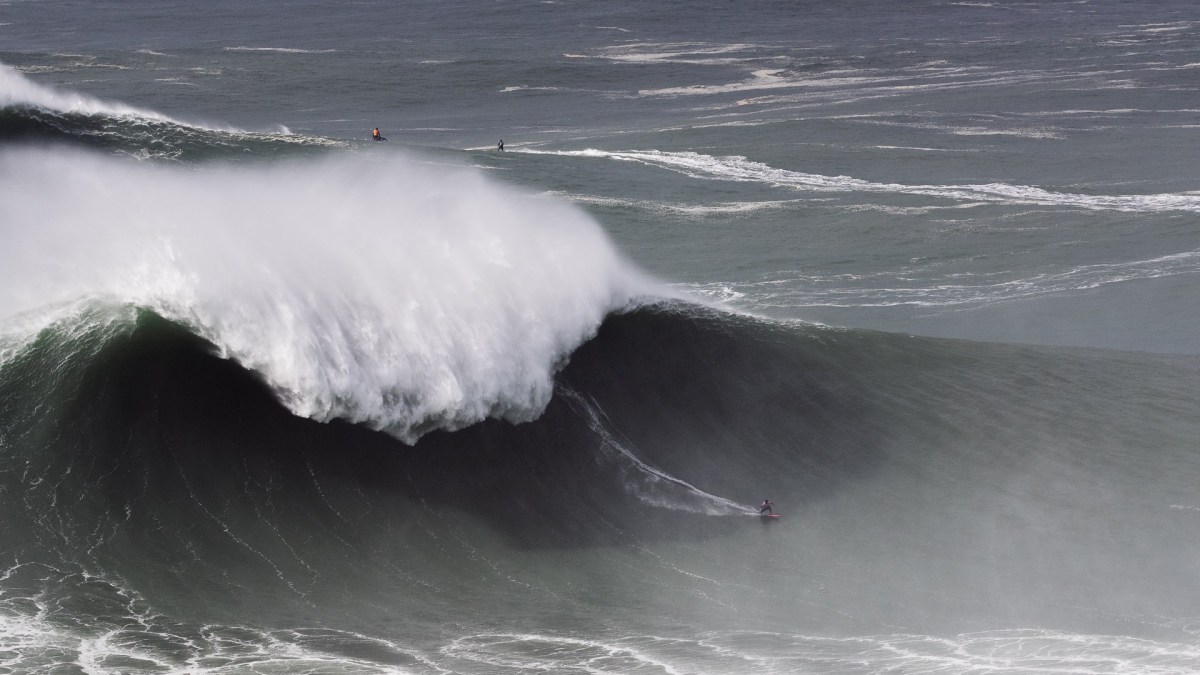 Everything about surfing is subjective. Including the way big waves are measured. No two waves are the same, nor are they often photographed or filmed from the same angles. So how do you definitively determine a wave’s height? And how can we judge them against one another?

When it comes to judging the height of waves against each other for the Red Bull Big Wave Awards, The World Surf League does their best. But it’s not an exact science — some waves have long, sloping troughs (think Nazaré), and others pull water below sea level (like Teahupo’o). So, where does the ocean end, and the wave begin? It’s hard enough to find a starting point for measurement, and it gets more complicated from there, depending on the angle from which the wave was photographed (land versus water, up high versus down low), and the height of the surfer.

Last week, the WSL awarded Maya Gabeira the 2020 cbdMD XXL Biggest Wave Award for her Nazaré tow bomb back in February during the inaugural Nazaré Tow Surfing Challenge event. It was a liquid monstrosity, one that only the gutsiest of chargers could possibly face. The wave was measured at 73.5 feet (bigger than Kai Lenny’s estimated 70-footer, which won in the men’s division), breaking her previous record of 68 feet, and also setting a new world record for the largest wave surfed by a woman.

But because big-wave measuring methods leave a lot to be desired, the door has been left open for skepticism, and according to France’s premier big-wave charger Justine Dupont, Gabeira’s wasn’t the biggest wave ridden. Of course, Dupont may hold a slight bias, since she was also in the running for the award with her own Nazaré tow wave from the exact same day. After the announcement, Dupont went to Instagram to voice her disapproval of the final decision.

“The @wsl announced that the record for the biggest wave surfed would be awarded to a surfer who does not finish her wave,” Dupont wrote in French, which we’ve translated here. “I decided to smile about it even though I am deeply hurt to be subjected to a decision that I believe is totally unfair. I’m especially disappointed and ashamed of this league which claims to represent our sport.”

Dupont goes on to say that a “dream team” of scientists concluded Gabeira’s wave was “approximately 2 or 3 feet bigger”, after comparing the two women’s heights, the distance between the waves and the photographer, and locating the trough and crest of each individual ride.

Dupont’s biggest points of contention are twofold: For one, she doesn’t agree with the way the wave was measured by the scientists brought in by the WSL, but more importantly, she doesn’t think Gabeira’s wave should have been included in the first place, because Gabeira doesn’t complete the wave (whereas Dupont does).

Digging into Dupont’s first point, how were the waves actually measured? According to Jessi Miley-Dyer, the WSL’s VP of Tours and Competition, the WSL brought in Adam Fincham, the Chief Scientist at the Kelly Slater Wave Co., and Michael Piezska, an R&D Engineer, for a detailed evaluation of the women’s award.

“The analysis was based on video and photo imagery, camera locations, camera lens parameters, and environmental conditions including tides, sunlight and wave set-up,” Miley-Dyer said. “Collinearity equations were used to transform the image coordinates into real-world coordinates based on estimates of the geometric parameters, including the height of the cliff at Nazaré. In addition, fixed reference points in the imagery, including the surfers’ heights, surfboard and jet ski dimensions, and estimated crouching heights were utilized in the scientific calculations.”

After watching the video break down of Fincham and Piezska’s findings, and reading the detailed report, it’s obvious the WSL went to great lengths to determine a winner, analyzing every available piece of information, including the tides and the angle of the sun at the time of each ride. But, the findings aren’t exact (because exact doesn’t exist when measuring moving mountains of water), and in many ways are still an opinion. According to the last line of the WSL’s report, it appears even they agree. “Although there are likely other sources of error, the fact that the same procedure was applied to the two waves in question, reaffirms that despite the possibility that numerical values determined for the wave heights could be off, Maya’s wave is once again determined to be larger.”

Now, to Dupont’s second point that Gabeira doesn’t complete the wave. The WSL (obviously) disagrees, and points to their rulebook for clarification. “For a ride to be deemed successful and eligible to be considered as a Submission to the Big Wave Awards, a surfer must be standing only on their feet on a board and complete the meaningful portion of the wave while in control and under the power of only the wave and gravity (‘Ride’),” the rule states.

Again, “the meaningful portion of the wave” is a gray area. In the WSL’s eyes, Gabeira was swallowed by the whitewater at the bottom of her wave in part because she took a more aggressive line. Dupont vehemently disagrees. “For me, it makes no sense,” Dupont tells us in a direct message exchange. “It is really wrong for the sport and for safety as well. It doesn’t push the sport toward performance.

This rekindles the conversation around the relevance of incomplete rides in big-wave surfing. It seems that every year around the time of the Big Wave Awards the make-versus-no-make debate rears its ugly head. And for good reason. In a ‘CT event, if you come out of a barrel on your belly, the tube ride is deemed incomplete. If you fall on your butt after an air, you aren’t getting the score. But in big, scary, dangerous surf, you can pull into a barrel, not come out, and still win the Ride of the Year. But should it be that way? Surfers like Albee Layer have been outspoken in their opinion that change is needed. Dupont agrees.

“When you are surfing and pushing the limits you try to find the best line possible,” Dupont continues. “If you get caught by the wave or if you wipeout, it is a fail. Maybe you took a line that you didn’t control or you were not technically ready to surf that line. Regarding safety, it is pushing people to do things that they don’t necessarily control. We will see people trying to go straight on giant waves just to get the record. What will be the responsibility of the WSL and The Guinness Book when someone dies like that? If you look at free diving, the Federation protects its athletes with protocols. When the diver attempts a record, he has to come back to the surface and follow the protocols to show that he is in control. And the record is validated only if the protocol is perfectly executed.”

Dupont makes valid points. But, like everything in surfing, it’s still a convoluted issue. Both women took critical lines on 70-foot-plus waves. Both were touched by a mountain of water at the bottom. Dupont held on. Gabeira didn’t. Unfortunately for Dupont, until the WSL adds a strict “must-make” clause into its rules (and until there’s a more iron-clad way of measuring waves), awards like this will continue to be subjective, and big-wave records will always be up for debate.